The Independence Mustang Robotics Team is heading into their last regular season competition looking better than ever. One of its two teams is ranked second in their league, and both have a lot to be proud of.

“Our team has grown quite a bit over the years,” said Coach Charles Bare. “We got a lot of help from more experienced teams in the beginning, and now we’re becoming one of those teams that helps the new ones out.” 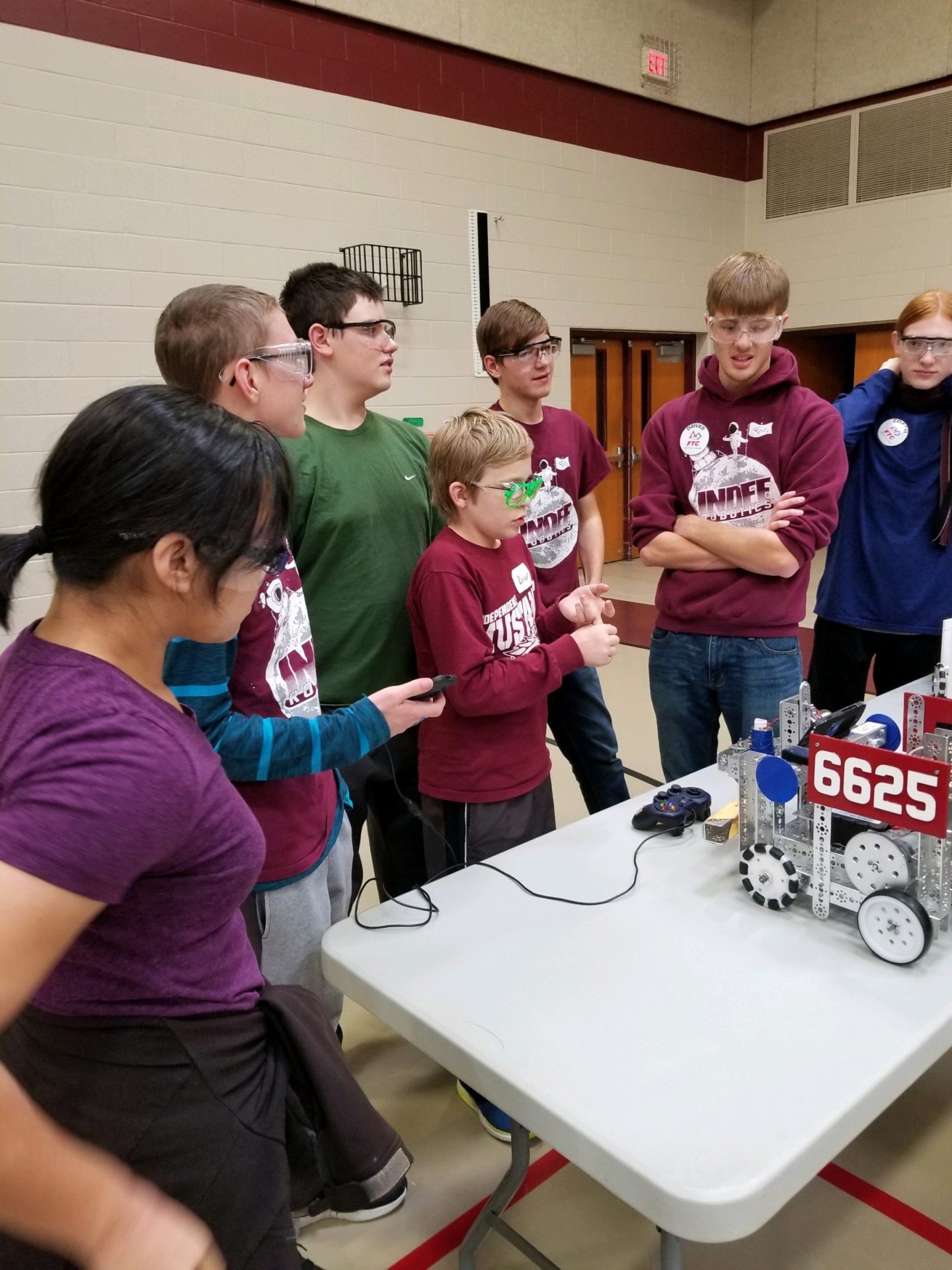 Comprised of two teams, #7495 “In Theory,” and #6625 “Enginerds,” students design, build, program, and operate robots to play a floor game. Games are announced toward the beginning of the school year, and competitions start the following month. This year’s game involves using a robot to stack blocks as high as possible, and follows a Star Wars theme. In Theory is ranked second out of 29 teams, and was the first team in the league to create stacks of three and four high at a recent competition.

The team is made up of high school students and a handful of 8th graders. Students compete against other teams in their league at competitions throughout eastern Iowa. Starting early in the morning and ending later on in the afternoon isn’t enough to stop the students from working, though. Bare says the robots are often torn apart and rebuilt immediately after each competition.

“Our team will spend most of the day competing, and will still want to keep working,” said Bare. “Many times they’ll start working on them right when we get back to Independence.” 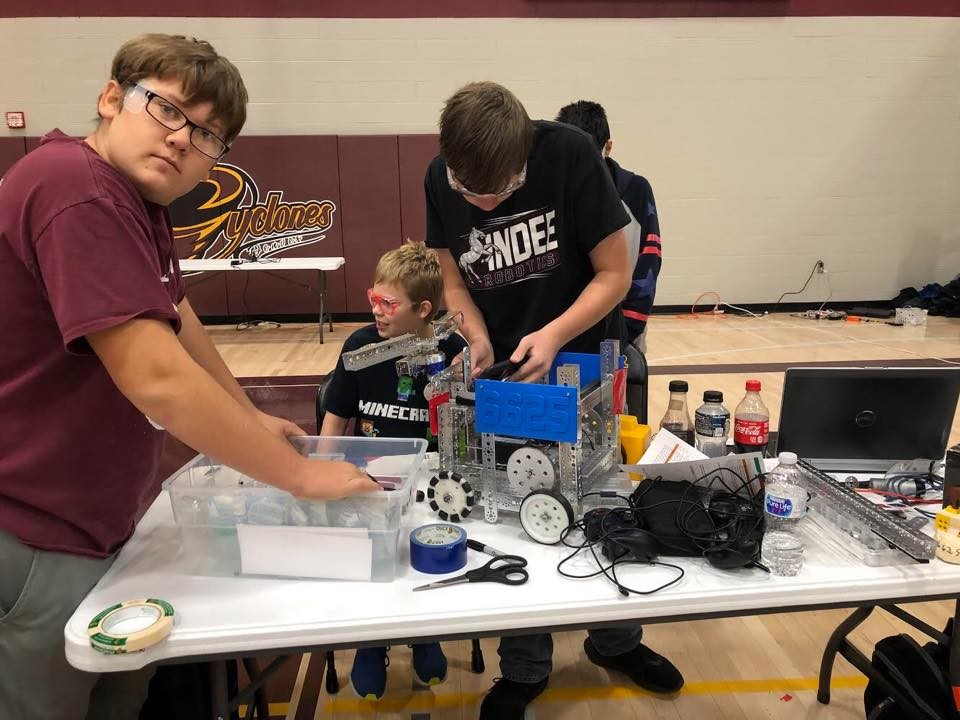 In addition to competing, the students also perform community outreach. Last year, students led a junior robotics after school program at St. John, teaching the basics of working with robots and participating in competitions.

While building robots is a major component of Independence’s Robotics Team, Bare says students who aren’t as familiar with it can still find a place on the team.

“It’s a lot of problem solving and figuring things out,” said Bare. “There is something for everyone, whether you enjoy programming, building, community outreach, or even reporting on the team’s progress. We have students from all backgrounds involved.” 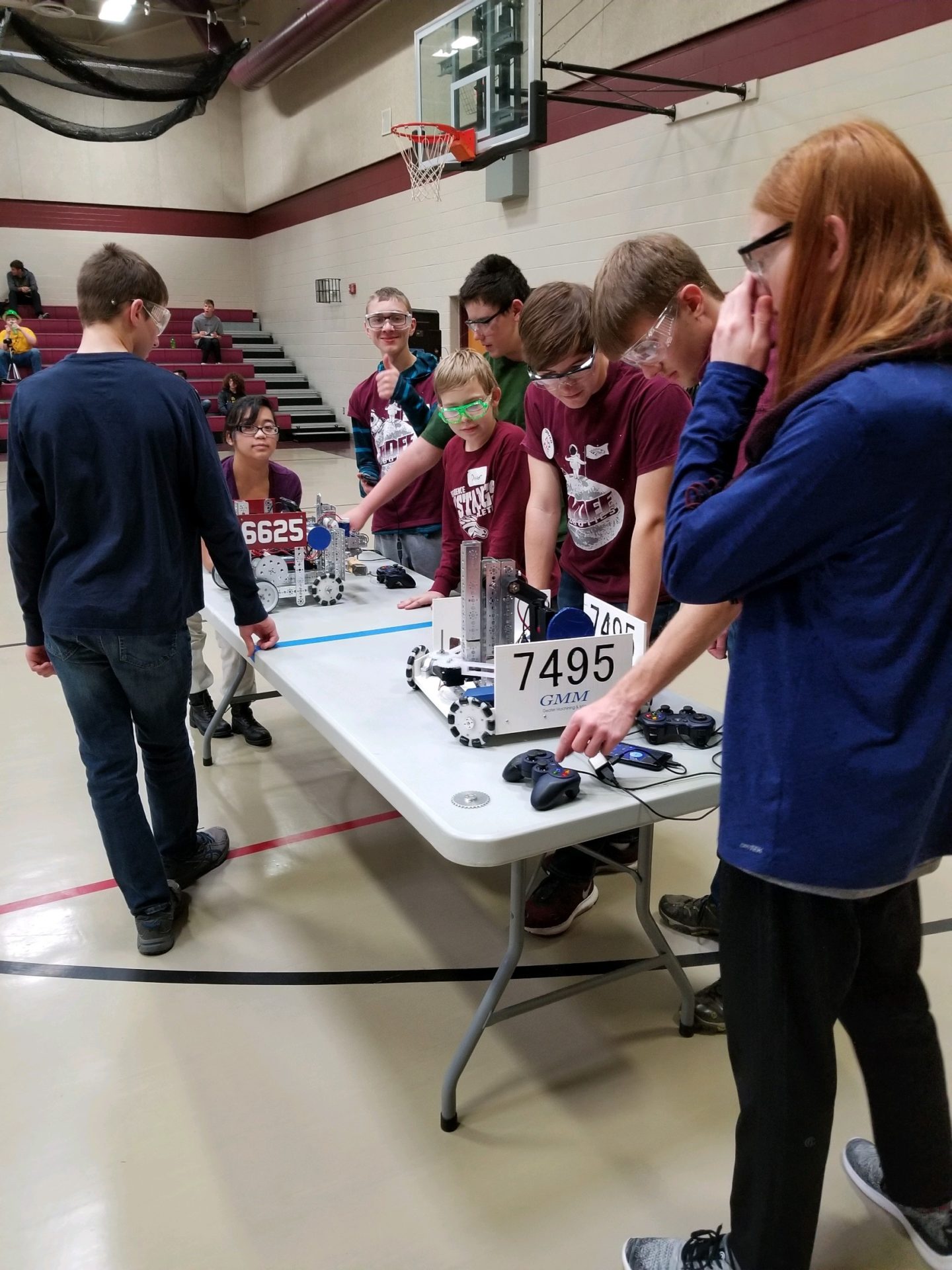 Bare says this year’s team has benefitted from many generous sponsors in the area, including Cy and Charley’s, Pizza Ranch, John Deere, Wapsie Valley Creamery, and more. Geater Machining and Manufacturing also donated a 3D printer to the program this year, giving students the ability to precisely design the robots needed for their competitions.

The Independence Mustang Robotics Team will compete at its last regular season competition on Saturday, December 21 at their home meet. The competition will be held from 8 a.m. to 4 p.m. in the High School Commons. The team will then prepare for the League Championship on January 11 at Denver High School.

For Inspiration and Recognition of Science and Technology (FIRST) is a not-for-profit 501(c)(3) organization, founded by inventor Dean Kamen in 1989. FIRST gives students the opportunity to develop the “muscle between their ears” and to gain experiences that will affect their future. It is truly a “Sport-for-the-Mind”. Students who participate in FIRST use and reflect Gracious Professionalism, get real-world application of Science, Technology, Engineering and Math (STEM) concepts, and participate in an atmosphere that encourages team building, entrepreneurship and sportsmanship.

Posted in News
Scroll To Top