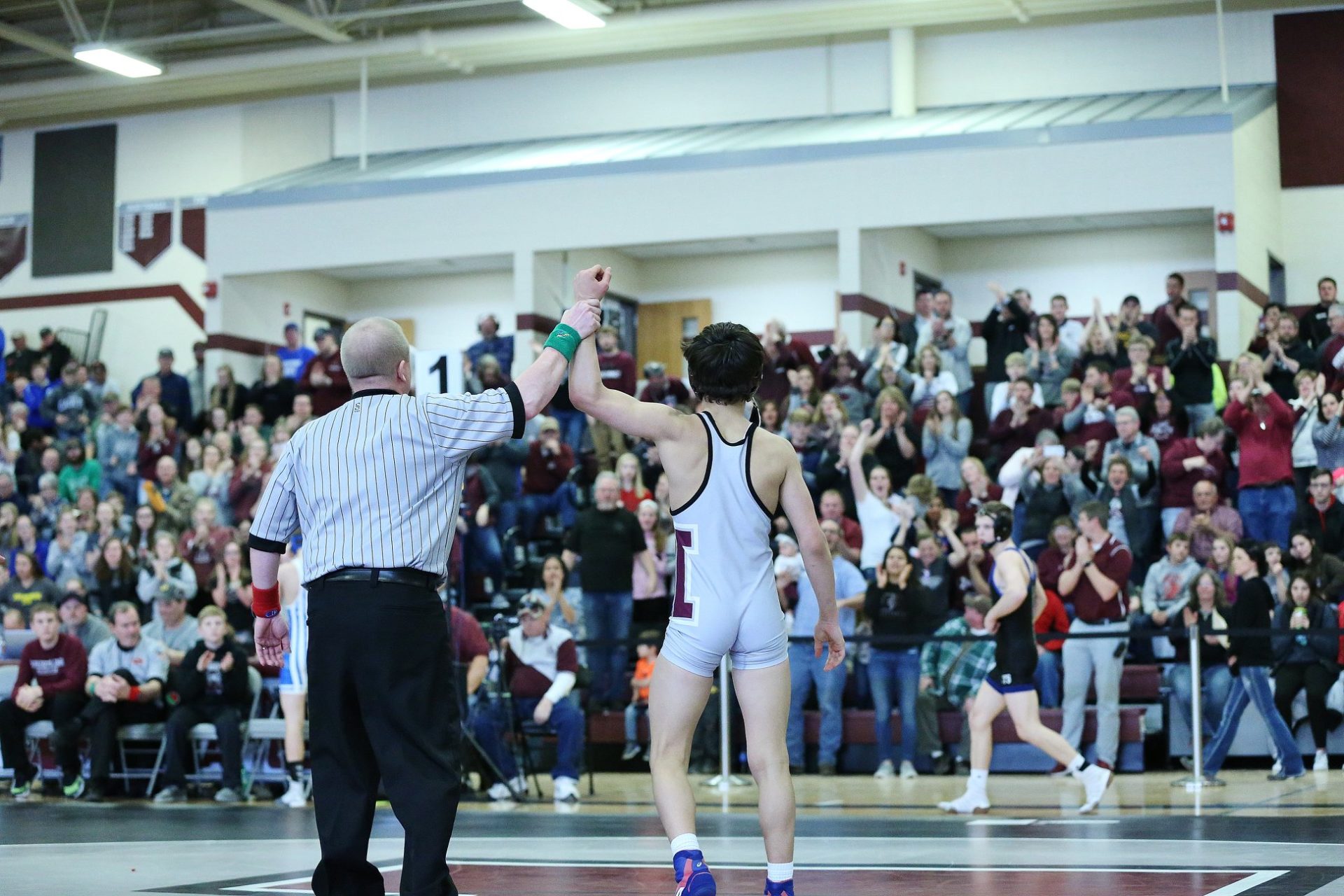 January 8, 2020 (Independence, IA) – Independence wrestlers are gearing up for a big matchup this week. Independence will take on Vinton-Shellsburg and Williamsburg in a Varsity Triangular this Thursday in the Independence High School gym.

According to the Iowa Wrestling Coaches and Officials Association’s latest Dual Team Rankings, Independence and Williamsburg are currently tied for #2 in the state in 2A wrestling. All three participating teams are members of the WaMaC west division, making this week’s matchup an important one for the team race.

For more information regarding Independence Wrestling, contact Coach Michael Doyle at mdoyle@independence.k12.ia.us. Additional ranking information can be found at IAwrestle.com.

Posted in News
Scroll To Top